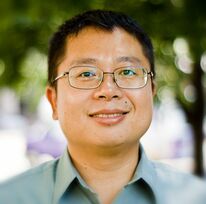 ​Jun received his BS degree from Fudan University in China, obtained his Ph.D. in Chemistry from University of Michigan with Prof. William Roush in 2006, and completed his postdoctoral training at MIT with Prof. Mo Movassaghi in 2009.  Both his Ph.D. and postdoctoral studies have been focused on the total synthesis of natural compounds and novel synthetic methodology development.  After his postdoctoral training, he led the chemistry effort in Dr. James Bradner's laboratory on developing  BET bromodomain inhibitor JQ1 and optimizing this chemistry probe to a human clinical candidate. His study focuses on the design and synthesis of small molecule inhibitors targeting the gene regulation pathway for cancer therapy; and on understanding the roles of epigenetic proteins in cancers. 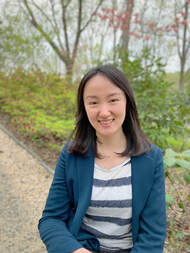 Lingling completed a joint Ph.D. program from Harvard T.H. Chan School of Public Health and Central South University where she focused on immune-metabolic signaling crosstalk under physiological and pathological conditions. She joined the Qi lab in September 2017. Outside of lab she enjoys skiing and eating chocolate.

Deyao completed his Ph.D. from Shanghai Institute of Organic Chemistry focusing on the Gold Homogenous catalytic reactions. He then joined Domestic Drug Discovery Unit at WuXi Apptec, where he worked on developing several kinase inhibitors. He joined the Qi lab in October 2018 and is interested in developing small-molecule probes that target epigenetic proteins for cancer therapy. Outside of lab, he likes to cook and drive around Boston.

Xiaofeng worked in Pharmaron, where he was trained in reaction route design/optimization, process development and manufacturing of various target molecules, such as Austedo. He then completed his Ph.D. in Organic Chemistry from UMass Boston with Prof. Wei Zhang, where he focused on organic synthesis of small molecule inhibitors, PROTACs, and fluorescent compounds. He joined the Qi lab in June 2019 and is interested in medicinal organic small molecule synthesis. Outside of lab, he enjoys swimming and traveling. 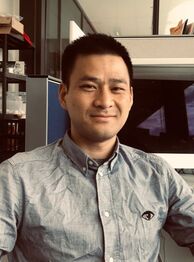 Tingjian is a neurosurgeon in Nanchang and is a visiting scholar in the Qi lab interested in using probes to understand   biological mechanisms in cancer. He completed his M.D. & Ph.D. from Capital Medical University where he focused on the     application of nanomaterials in neuro-oncology. He joined the Qi lab in August 2019 and outside of lab enjoys sports and   photography.

Yan Zi received her doctoral training at the University of Cambridge where she studied the cell-essentiality of histone acetyltransferases in leukemia. She joined the Qi lab in November 2019 and is interested in using first-in-class small molecules to investigate the molecular mechanisms underpinning cancer cells’ dependencies on histone modifiers and how this could be exploited therapeutically. Outside of the lab, she enjoys kayaking and exploring new places/food. 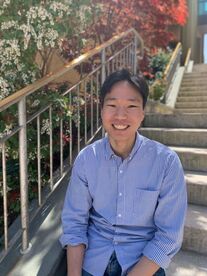 Paul is from Takoma Park, Maryland, and attended college at Purdue University, where he worked for Professor Stephen Konieczny. His undergraduate research focused on defining key transcription factors related to pancreatic cancer. Paul joined the Qi lab in September 2016. Outside of lab, he enjoys hiking, playing soccer and basketball, and traveling.

Virangika is from Wichita, Kansas and earned her B.S. in Biochemistry at The University of Kansas. While at KU, she worked in both Dr. Brian Blagg's lab to evaluate EGCG analogs as anticancer C-terminal Hsp90 inhibitors, and in Dr. Joanna Slusky's lab to determine the specificity of a designed peptide that inhibits antibiotic resistance. Virangika joined the Qi lab in July 2018 and is interested in probing the biological intersection of epigenetics and carcinogenesis using small molecules. Outside of lab, she enjoys James Blake, and twitter memes.

B.S. The University of Kansas
​
Email

​​Logan is from North Sutton, New Hampshire and earned his B.A. in Chemistry with a minor in Biology at Boston University.  He worked in Professor Aaron Beeler's laboratory, where he investigated and developed selective functionalization reactions of cycloheptatrienes to synthesize a small molecule library.  Logan Joined the Qi lab in May 2019.  Outside of lab, he enjoys playing flamenco guitar, tennis, video games, and listening to indie music.